When you book with an account, you will be able to track your payment status, track the confirmation and you can also rate the tour after you finished the tour.
Sign Up
9586

Departure at our base in the village of Volargne where the route begins.

The bike path located on the hydrographic left of the Adige
From Ceraino, going up the river to Peri, it is grafted into the bike path from Rovereto.

We arrive at the border with Trentino where the bike path ends in its own place. We are at Km 17.6 and continuing for a little more than a km on promiscuous road we arrive in Borghetto where a bridge over the Adige allows us to graft to the “historic” part of the Cycle of the Sun

Starting from the village of Volargne, you can admire Villa Del Bene, then head to the hamlet of Ceraino from where a military road leads to two forts, one lower: Forte Ceraino and one higher: Forte di Monte.

Climb along the rocky ridge and reach only by a pleasant walk not impegnativa.si reaches the Fort of Ceraino, located at 236 meters altitude.

The fort is in excellent condition, with the wide moat still surrounding the masonry work and sentinel guards.

The mule track, partly carved into the living rock, still rises until it reaches the fort of Monte.

This itinerary brings us to know the westernmost sector of Valpolicella, inviting us to also travel the Valdadige “Terradeiforti”, so called for the presence of numerous military fortifications.

What to expect from the Tour

The route is simple and with a slight slope. The trail is wide and clean, so it is suitable for everyone, so it also applies to the Rafting that we practice from 4 years and up.

The picturesque landscape and the Canyons of Ceraino are the setting for this unique journey.

Bike ride to the forts or wind turbines

14.00 visit to the Forts of the Val d’Adige (to be defined) or the Wind Blades (Rivoli)
Duration: 2 hours 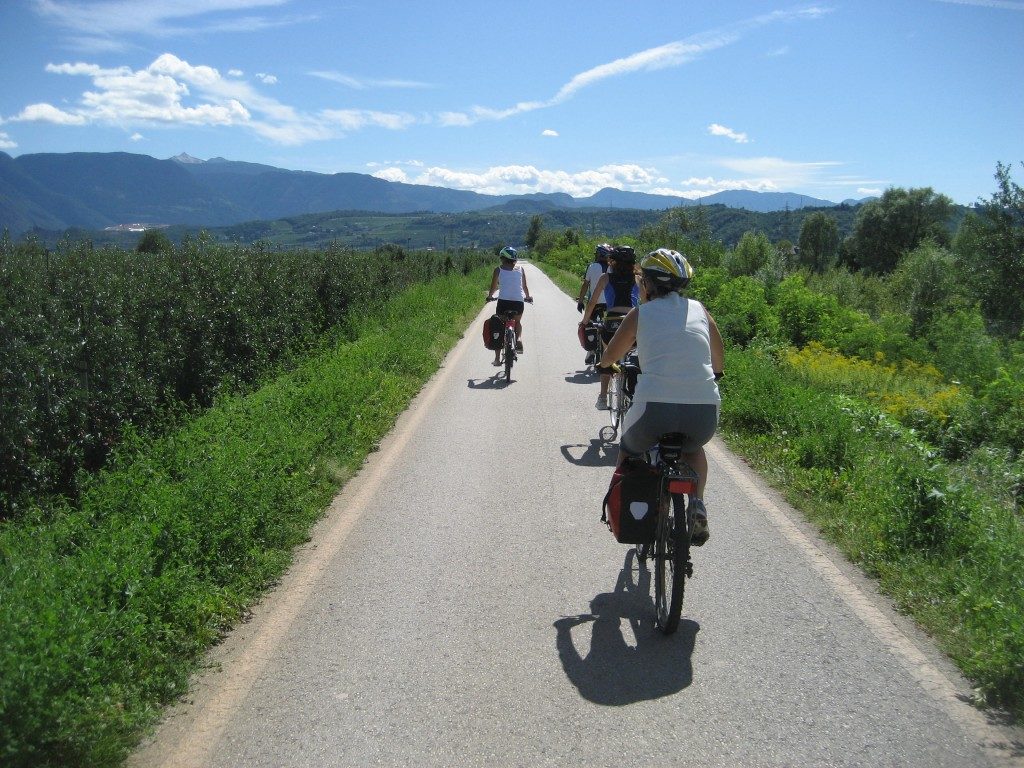